Staff member
A man sees his ex-wife in a bar with her new lover and decides to wind him up, so he goes over to them ,and says to the guy,
" Hey - How's the second hand pussy?"
Quick as a flash, her lover replies, " It's great,- after the first three inches it's like brand new". 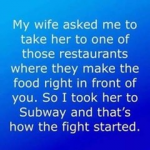 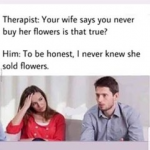 Staff member
When the pubs reopen, there'll be some tight bastard that remembers who bought the last round.

Jackflash said:
When the pubs reopen, there'll be some tight bastard that remembers who bought the last round.
Click to expand...

The Blobster said:
It was me mun , don't you remember ?
Click to expand...

I had a horrible childhood, my best friend died because I didn't know the difference between an anecdote and antidote.

Sad news Madonna broke broke her leg on tour. The good news is she will be back on her knees in no time.

The Black Bra (as told by a woman)

I had lunch with 2 of my unmarried friends. One is engaged, one is a mistress, and I have been married for 20+ years.

We were chatting about our relationships and decided to amaze our men by greeting them at the door wearing a black bra, stiletto heels and a mask over our eyes. We agreed to meet in a few days to exchange notes.
Here's how it all went.

My engaged friend:
The other night when my boyfriend came over he found me with a black leather bodice, tall stilettos and a mask.
He saw me and said, 'You are the woman of my dreams. I love you.' Then we made passionate love all night long.

The mistress:
Me too! The other night I met my lover at his office and I was wearing a raincoat, under it only the black bra, heels and mask over my eyes. When I opened the raincoat he didn't say a word, but he started to tremble and we had wild sex all night.

Then I had to share my story:
When my husband came home I was wearing the black bra, black stockings, stilettos and a mask over my eyes.
When he came in the door and saw me he said......,

Staff member
Oh To Be 8 again!​


A man was sitting on the edge of the bed, watching his wife, who was looking at herself in the mirror. Since her birthday was not far off he asked what she'd like to have for her birthday.

'I'd like to be eight again', she replied, still looking in the mirror.

On the morning of her Birthday, he arose early, made her a nice big bowl of Coco Pops, and then took her to Adventure World theme park. What a day! He put her on every ride in the park; the Death Slide, the Wall of Fear, the Screaming Roller Coaster, everything there was.

Five hours later they staggered out of the theme park. Her head was reeling and her stomach felt upside down. He then took her to a McDonald's where he ordered her a Happy Meal with extra fries and a chocolate shake.

Then it was off to a movie, popcorn, a soda pop, and her favourite candy, M&M's. What a fabulous adventure!

Finally, she wobbled home with her husband and collapsed into bed exhausted.

He leaned over his wife with a big smile and lovingly asked, 'Well Dear, what was it like being eight again?

Her eyes slowly opened and her expression suddenly changed.

The moral of the story: Even when a man is listening, he is gonna get it wrong.

• How does Moses make tea? Hebrews it.

• England has no kidney bank, but it does have a Liverpool.

• I tried to catch some fog, but I mist.

• I changed my iPod's name to Titanic. It's syncing now.

• Jokes about German sausage are the wurst.

• I know a guy who's addicted to brake fluid, but he says he can stop any time.

• I stayed up all night to see where the sun went, and then it dawned on me.

• This girl said she recognized me from the vegetarian club, but I'd never met herbivore.

• When chemists die, they barium.

• I'm reading a book about anti-gravity. I just can't put it down.

• I did a theatrical performance about puns. It was a play on words.

• I didn't like my beard at first. Then it grew on me.

• Did you hear about the cross-eyed teacher who lost her job because she couldn't control her pupils?

• When you get a bladder infection, urine trouble.

• What do you call a dinosaur with an extensive vocabulary? A thesaurus.

• I dropped out of communism class because of lousy Marx.

• I got a job at a bakery because I kneaded dough.