Here are SofaScore and Whoscored ratings. Both agree Ayew and Bidwell were our best players today.

Staff member
Football, like beauty is in the eye of the beholder for sure! Official MOM, MGW, was marked by both as being one of our worst players!! As was Rodon in one set. But I agree that Korey Smith had better start upping his game else he'll come under pressure for his place.

Scum are two goals down.

Thought Smith was better for us today playing box to box. Bit loose in possession but got about the pitch, we looked much better reverting to Grimes as the deepest holding player. Ayew slightly less selfish than usual, but it must be frustrating to play with him sometimes.

Good first half against a poor side. Gibbs-White is twice the player Gallagher was/is. Sloppy second half that needed a manager to do his job again. From 55 onwards we were lacking drive or ideas. Perfect time to get some of the fringe lads on who must be desperate for a chance to impress. But our manager would prefer to wait until after the game to whinge about a lack of new signings. What's Cullen supposed to do with 10 minutes?

Jackflash said:
Could do with Reading turning the scum over, in doing that would knock us off the top, but Ide take that.
Click to expand...

CroJack said:
Here are SofaScore and Whoscored ratings. Both agree Ayew and Bidwell were our best players today.

And both show Smith as the worst! He is deadweight on this team for the last three weeks, Hardly hear his name and he adds nothing. Fulton should be in the team and leave Smith on the bench (or even off the team sheet for a week to wake him up). Now we see why Bristol let his contract peter out.

Victoria Swan said:
... Now we see why Bristol let his contract peter out.
Click to expand...

Can’t believe we are still second.

blackburn did to Derby what we should have done to WW 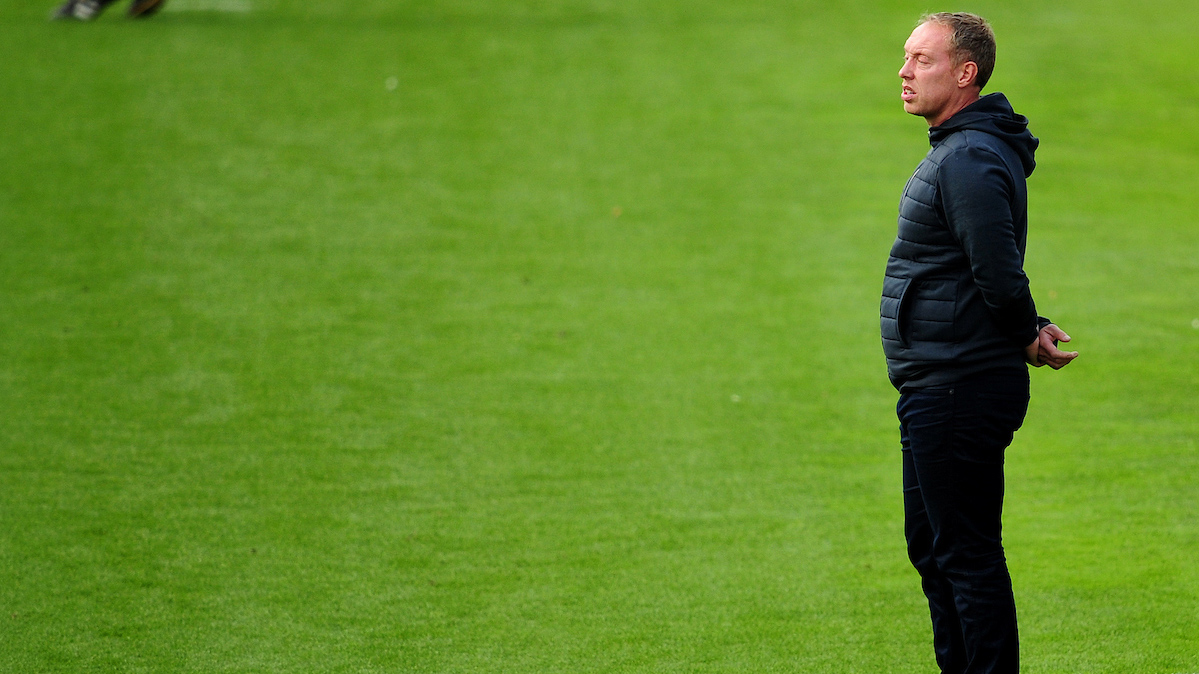 Looks like we doubled our shot output in the second half. Surprising ... it seemed like we were not that much into the game offensively.
Last edited: Sep 26, 2020

Smith is not doing well, I hope he turns it around its only been 3 matches. First 3 matches in 100 years they've not conceded a goal but you get that feeling like last season there are underlying issues. Against better competition we will struggle Wycombe did not press at all. We let teams get too comfortable on attack.

Scoring is an issue. Maybe they can get a lot of 1-0 victories this season but odds are it will get worse. Don't like to be negative when we start like this. Have to enjoy 2 wins and a draw and no conceded goals.

Cooper would make the squad a lot happier giving more substitution minutes. Wasting these guys away on the bench. Let's see what they can do, every player on the bench today was worth minutes.

Is it Millwall next. They look good this season.

Everyone on the bench is as good as anyone that starts more or less.

I’m an advocate for Fulton over Smith unapologetically. I’ve seen nothing in 3 games with Smith that speaks against that.

We are where we are in the table, it’s flattering but deceiving. Time will tell but the cream clubs may not have settled to the top yet. Let’s see what happens when we run into one of them.

Staff member
What concerns me is that we all too easily concede the initiative after being on top when invariably we lose our intensity. It's almost as though there's a collective thought that we've done enough already so we'll sit back and see how it pans out. Truly good teams establish superiority then proceed to hammer it home, something that seems alien to us. We all too easily hand back the initiative after we've won it and our game goes to pot as soon as the other lot start to press us.

This is why I was so impressed with Bidwell yesterday, something I've commented on already. At the end of the game WW broke on us when our attack broke down and he was out of position. His lung-bursting run at that stage of the game to get back and help snuff out the danger was brilliant to see. Well done to him for having both the MENTAL as well as the physical capacity to do this. We need this attitude and commitment throughout the team.

Bidwell was always the warrior, totally committed. The plus now is that he’s permitted to play his favourite role.

Bidwell and Roberts have both benefited from the change of formation.

As for Smith, I agree he hasn't contributed much in the first thee games, but, on the other hand, he hasn't done much wrong. It's still too early to write him off.

Also, we shouldn't be criticising the team too much so early in the season. We have three new players in important positions, we haven't had a proper pre-season, and we are not there where we should be in terms of fitness.

During the first half against Wycombe I saw some excellent passing patterns, pass and move, and overall a very good football. If we can build up on that, improve fitness and keep going for 90 minutes, then we'll be a very good side.

CroJack said:
As for Smith, I agree he hasn't contributed much in the first thee games, but, on the other hand, he hasn't done much wrong.
Click to expand...

Why persist with someone who's "not done much wrong" when you can bring Fulton off the bench, someone who previously has done something right!

I was cautious. At the time I made that comment I hadn't watched the replay in slow motion yet. I watched it this evening, and now I have to apologise to Korey Smith for saying he hasn't contributed much yet. He was actually excellent against Wycombe.


Victoria Swan said:
Why persist with someone who's "not done much wrong" when you can bring Fulton off the bench, someone who previously has done something right!
Click to expand...

We are pretty emotional when we watch the Swansea games, and when something in a game doesn't go the way we would like it to go, then we tend to blame the players, and not the system. How many times have we shouted "Bring Fulton, Cullen etc. in"? The trouble is they wouldn't have changed anything against Preston and Birmingham because our style of football was poor and where none of our midfielders and attackers contributed much, not only Smith. Against Wycombe, on the other hand, the whole team played excellent football, and if Ayew had been more focused we would have scored 6,7,8 goals.

CroJack said:
I watched it this evening, and now I have to apologise to Korey Smith for saying he hasn't contributed much yet. He was actually excellent against Wycombe.
Click to expand...

Hmmm ... So, according to Sofascore and WhoScored pretty well the rest of the Swans were sublime then as they all played far better than Korey?

Not sure what you saw in slomo @CroJack - you didn't actually describe what led you to your idiosyncratic judgement in your post -- but in real time I was left with the impression of a player who pulled off few tackles and no key passes. Surely tackles and key passes are what a defensive midfielder is all about.