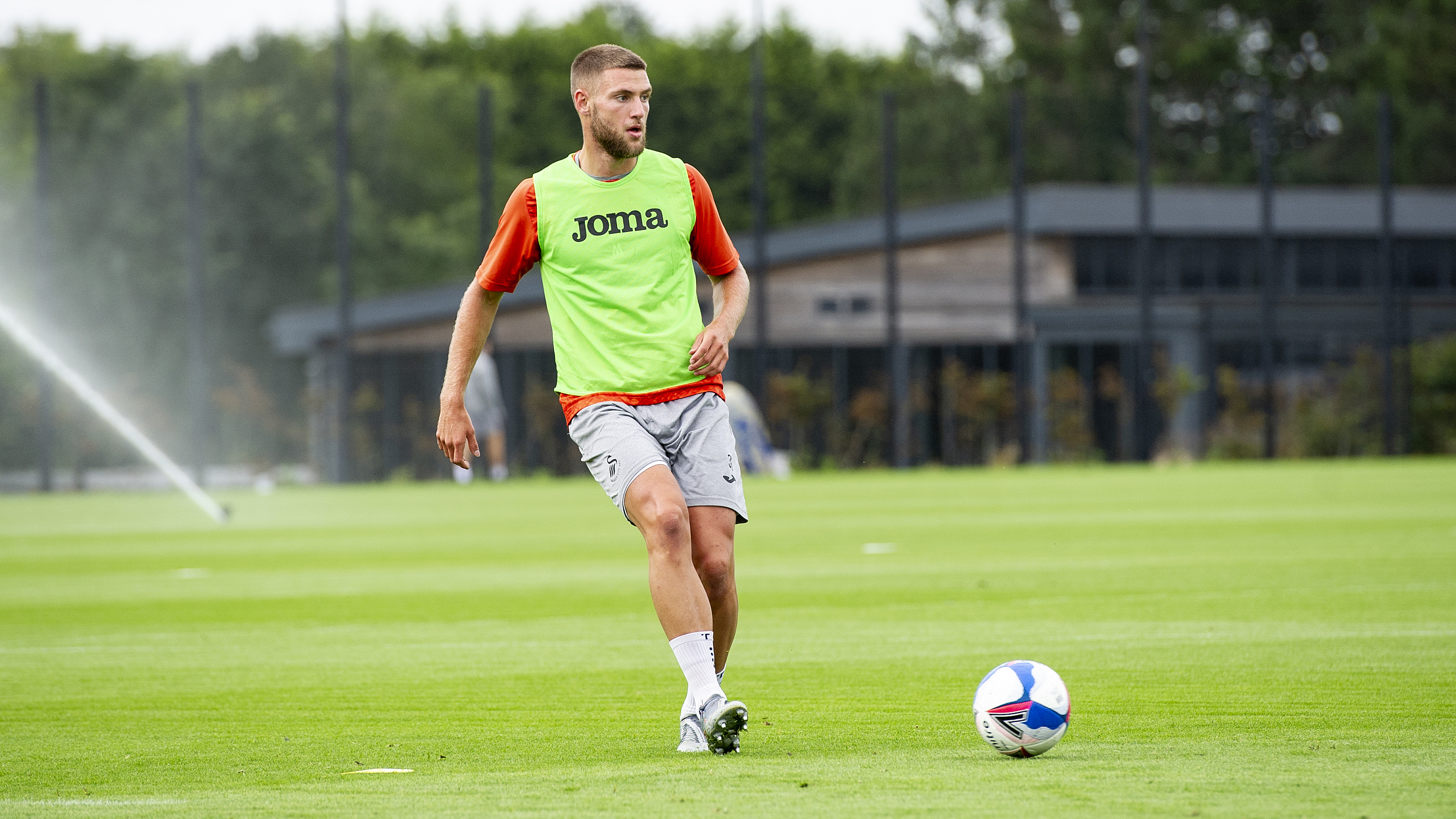 He probably feels like he’s stepping up after last Saturday’s performance.

Number 6 shirt, hopefully means he's in line for plenty of games right from the off. Good defender, looked every bit as good as Cabango when they first stepped up to u23s. Unlucky with a bad knee injury on his second game (iirc) that kept him out until his first team debut, but didn't let us down that day, or even in the QPR demolition this season.

With Sheehan, Shephard and now Cooper Swansea B is shaping up nicely.

Staff member
On the subject of loans, the player I really wanted, Ethan Ampadu, has gone to Sheffield United on loan. At least that should benefit Wales.

The good news is Ayew has got a shirt number for the next season. He will wear 10, and it seems he's chosen it, which is a good sign. Fingers crossed.

We'll probably continue to play three at the back (Guehi, Rodon, Cabango), Grimes and Smith or Smith and Fulton in defensive midfield if Grimes is sold to Watford, Bidwell and Roberts as wing-backs, Gibbs-White as attacking mid, and Lowe & Ayew up front.

Though, I expect a couple of new signings, a centre-back and a striker.

Swap Woody for Benda and we’ve got a fighting chance at promotion.

What’s our impression of Asoro from last Sat ...

Loan seems to be going well. Starts again for them tonight against Watford after starting in the league at the weekend. Been playing central of a back three which seems to suit him.
You must log in or register to reply here.
Share:
Facebook Twitter Reddit Pinterest Tumblr WhatsApp Email Link
Top Bottom